I moved to Southern California from the East Coast almost a year ago, buying a small house (about 1400 square feet) on a third of an acre north of San Diego.  It's not on the coast; it's a 20-mile drive to get to the ocean.  I guess about the same distance heading east to get into the mountains.

The house was a foreclosure, but bought after the period when such houses could be had for pennies on the dollar.  Banks decided they could flip their real estate as easily as anyone else, so they spruced up this house and advertised at market value.  Even though the repairs were lipstick on a pig, demand drove the price up, but I persisted.  Why?  Great potential.  The house was in a decent neighborhood and had a decent size lot; closer to the ocean, lots are barely bigger than the house.  It also had what I called "big sky," on high ground in a town that was about 900 feet above sea level.  After living in well-treed East Coast neighborhoods where you could only see blue looking straight up, the atmospheric views here were amazing to behold.  The dry crystal-clear air gives you blue right down to the horizon; I can't see the Pacific, but I can see puffy clouds that are out over the ocean.

The house was a mess, but I could fix it, change it, make it my own.  But oh my goodness, it's going to take years!

When I moved in, I had my ideas about what I needed/wanted to do.  But most all of that has changed.  The longer I lived in the house, the more my ideas evolved.  The design progressed and changed, for the better.  I plan to live here for the rest of my life, so I'm not trying to make it marketable for the average home buyer.

Here are a couple of floor plans to finish out this post—a before and an after (I will explain in future posts).  Haven't gotten to the after quite yet, but working on it.  That's what this blog will be about henceforth (as well as progress on my novels).  Thanks for coming along for the ride! 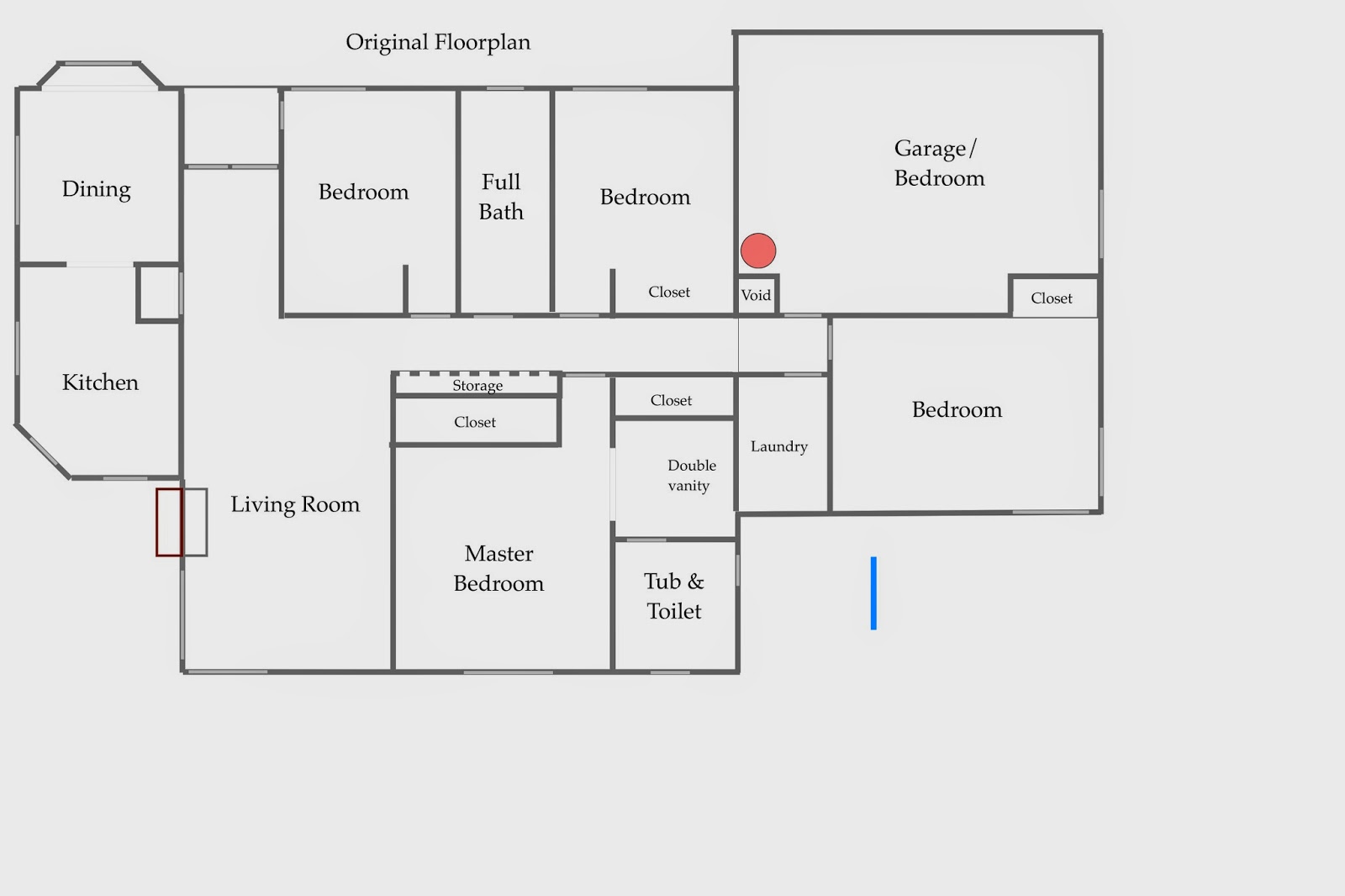 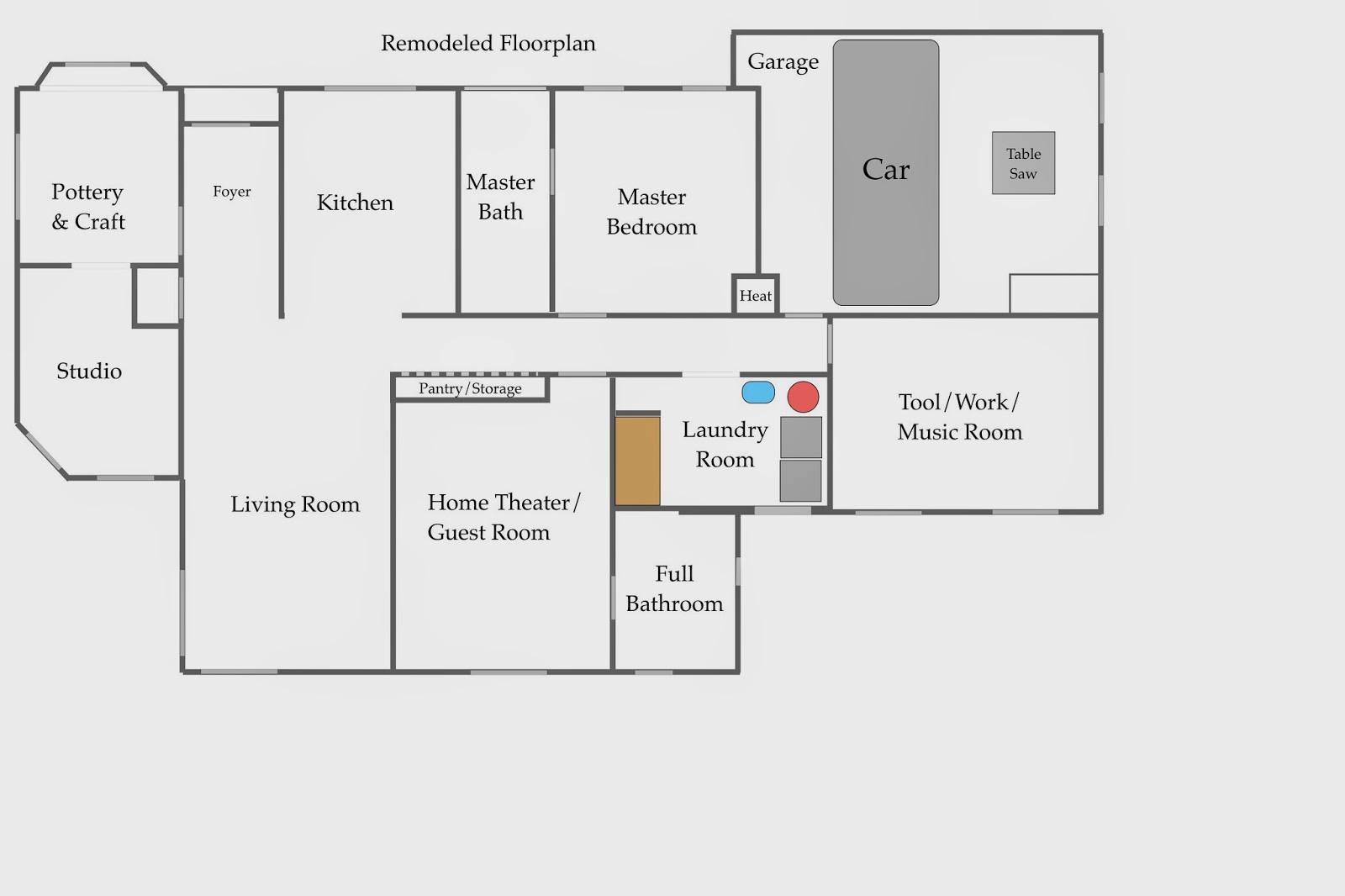