My foster dog Jenny had thirteen pups, starting at around 7 p.m., with the last little one coming out at 2:05 a.m.  Interesting experience, delivering babies; mom had the hardest time of it, to be sure, but she did not do all the work.  Two of the pups were stillborn, which left eleven for the new mom to nurse.  Too many, as it turned out.

Jenny became more secure in my house (less scared), and after a few days started acting more like a normal dog when she was out in back on her breaks (away from the voracious pups).  She was skin and bones when she came from the shelter, and despite eating four times a day, still seemed to be losing weight.  I separated out the four largest pups for bottle feeding, which they never really embraced, and tried getting them all to take the bottle, but it was not enough.  After about five days of nursing, Jenny's appetite dropped off, and later she stopped producing milk.

I urged my rescue contact to find someone to take some of the pups for hand-raising, but nothing came of that.  She was focused on the pups, and not on the mom; I was the reverse.  Finally the rescue told me to take mom and pups to the vet to get checked out.  Jenny was really stressed by that—shaking scared.  I was also informed that someone from another rescue with more "experience" raising pups would take over their care.

After that, it took three days to get any information from my rescue contact about Jenny's fate, and was simply told she was doing well.  Not sure there wasn't more I was not hearing, but in any case, I have been motivated to put my thoughts toward the remodel.  I told the rescue I would like to adopt Jenny; we'll see what happens. 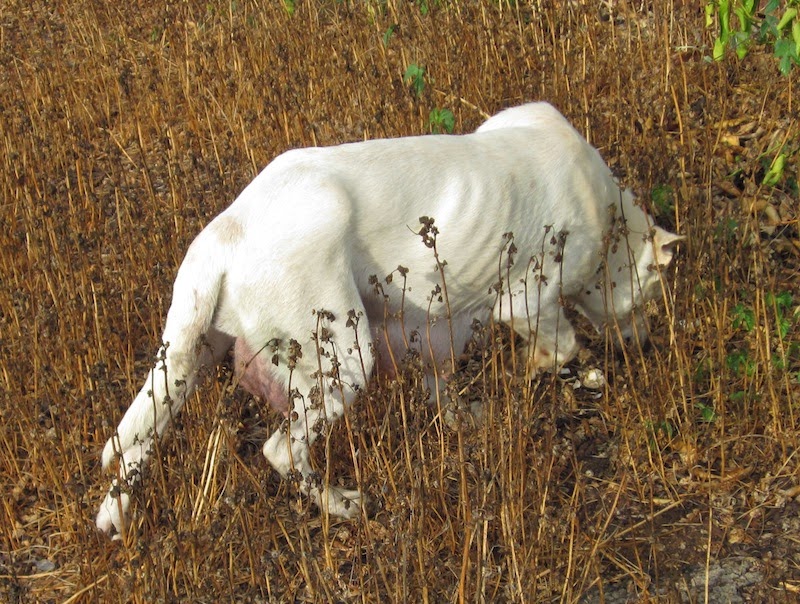 Back to the laundry/mechanicals room.  The new entrance would be a four foot wide opening to the hall—no door.  As I explained in the last post, the wall in the middle of the new room was load bearing, and needed some extra support above the ceiling before the wall could be removed.  The first step was to remove the old pocket door and wall that separated the laundry from the hallway (not load bearing).  Thus: 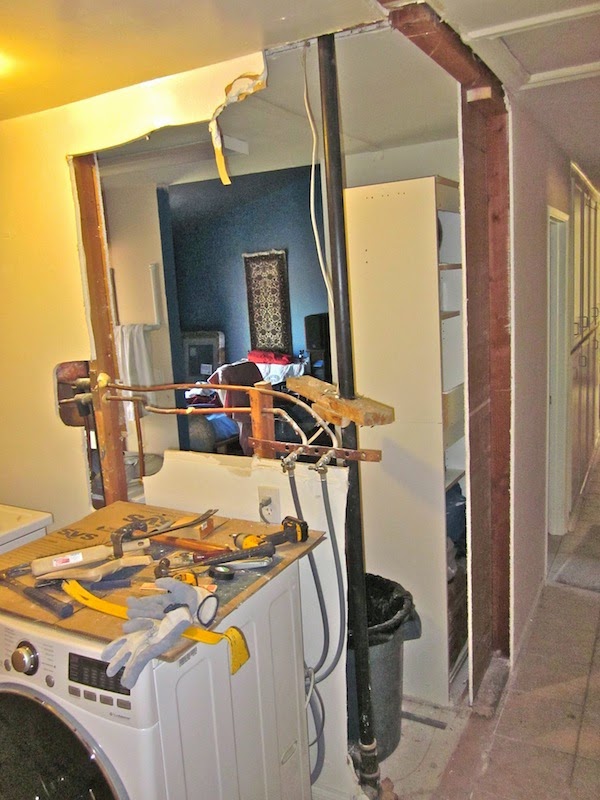 Framing the new wall was relatively straightforward, although the recycled header/beam I was using over the opening was twisted and needed a few passes through a thickness planer to make it work.  The photos were taken from the hall and from inside the old cramped laundry room. 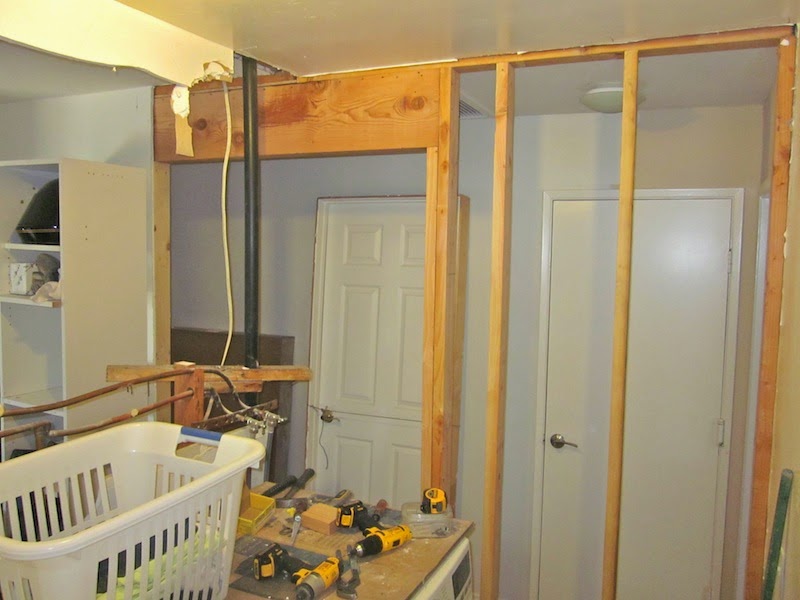 The next step was to put in the supporting beams in the attic before removing the load-bearing wall, but 1) the attic was too hot for that right now, and 2) I discovered the two black ABS vent pipes in the wall run up right where the new beams will go, so I needed to either move or remove those vent pipes (which service the washing machine and sink drains).  In the meantime I began removing more drywall.  Which brings us to this: 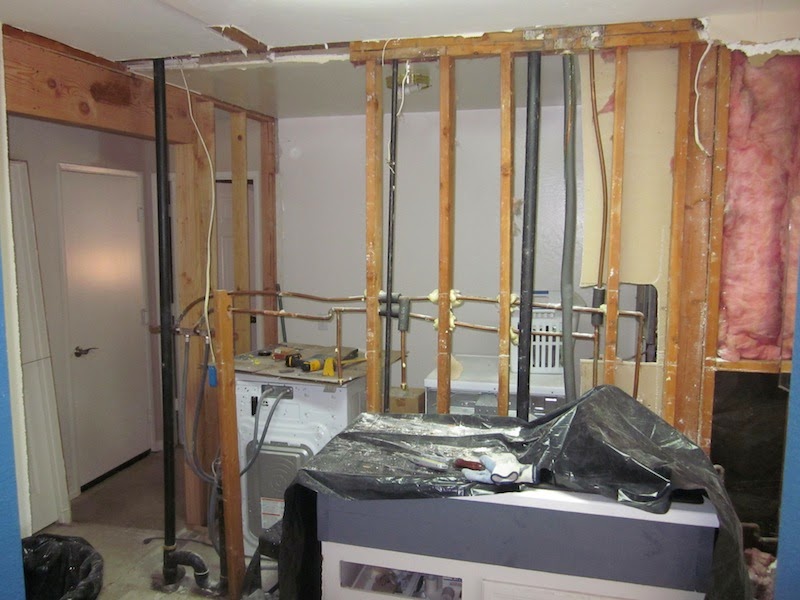 Everything inside that stud wall has to go: ABS drain and vent pipes, copper hot and cold water supply lines, electrical wiring, and a steel natural gas pipe (which was there to feed a gas clothes dryer—mine is electric).

That sink (covered with black plastic sheet) is the only one in the house now; I need that every day.  The washing machine also needs to remain operational.  I first considered moving them around in the room, but new drain pipes mean tearing up concrete (Oh, no!  Not that again!); I need open space!

So now the plan is to relocate the sink to the new kitchen, to make use of the newly installed kitchen sink drain pipe (as a temporary measure), and to relocate the washing machine to the new master bathroom, using the newly installed shower drain pipe.  Today I ordered a bunch of pex (cross-linked polyethylene) water supply line plumbing stuff, so I can rig up some temporary hot and cold water lines, which actually should be fairly simple.  Once I man-handle the sink cabinet and washing machine to their new locations, I can proceed with disappearing that unwanted wall.