Even slower going than I expected.  But in the end, progress.

The 2" ABS drain pipe descending into the concrete was of course the challenge.  But down I went, deeper and deeper.  Deep enough to finally start gluing together the horizontal drain pipes feeding from the two floor drains and the washing machine drain.  I needed to start assembling the system in order to measure how much deeper I needed to go down, and that turned out to be 3"—into solid concrete.

Another jack-hammer session and I was there.  I could saw off the pipe and glue on the first connecting "tee" fitting.

But first, I needed to remove the duct tape the original builders had wrapped around the pipe.  As I did that, I discovered an elbow fitting; my nice vertical pipe had made a right angle turn to horizontal!  I would not be able to attach my tee.  If the vertical pipe had only gone down another 1.5", I would be done.  No such luck. 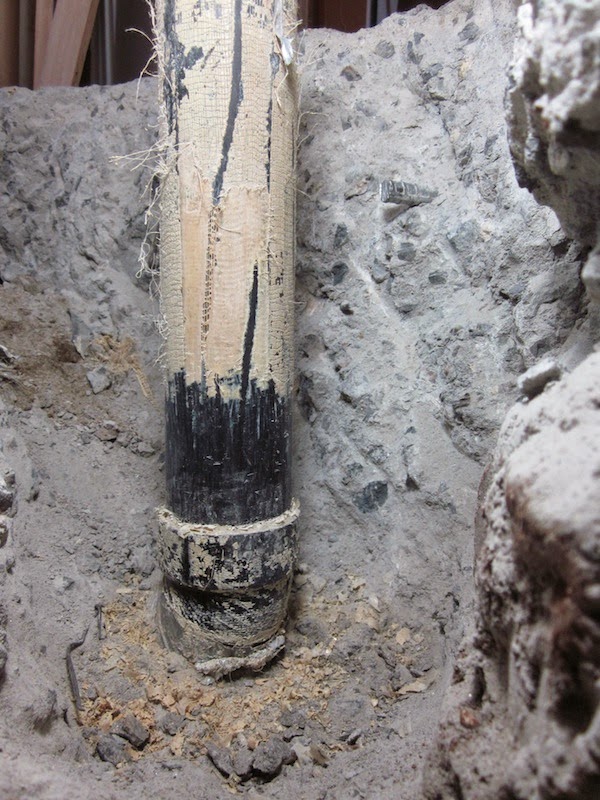 I took a break and developed Plan B.  I would have to go down yet further into the concrete and tie into the horizontal drain, but first I needed to see what was down there, so more work for my demolition hammer.  I discovered the elbow was of the "long-turn" variety; it had a larger radius than a standard elbow.  If I replaced it with a standard elbow, I could gain a little more than an inch of the 1.5 that I needed. 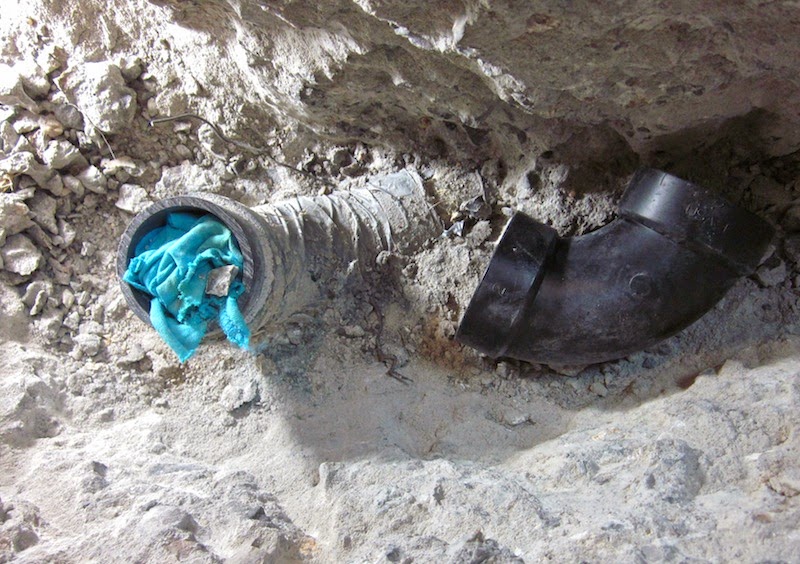 And when I looked at my little collection of ABS drain pipe fittings, I noticed that I could gain another half-inch if I used "street" elbows (which have one male and one female end) instead of the standard elbows (with two female ends).  Hooray!  I could get my 1.5"!

All I had to do was blast out enough more concrete to be able to saw off the old long-turn elbow.  I also needed enough clearance to clean off the end of the horizontal pipe, so I could get a good glue joint to the new, smaller elbow.  That was not going to be easy, though, as the pipe was angling into the concrete side of the narrow deep trench, and I was using a big heavy demolition hammer to surgically blast away the concrete.  As I noted to my brother in an email, if I punctured the pipe, I would be screwed!

So of course I couldn't see what I was doing, and an electric jack hammer is no scalpel, so when I cleared away the debris, there was the hole. 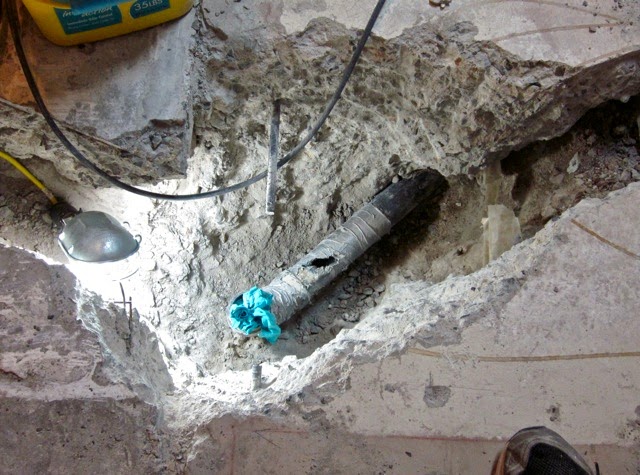 The view didn't look like that when I did it.  The above photo was taken after I enlarged the 6" wide trench into a huge cavern.  By this time my excavation was 20" deep (did I mention through solid concrete?).

But there it was.  After cutting off the pipe behind the puncture, I started measuring and gluing the pieces of black plastic together, first connecting one side of the drain system, and then the other. 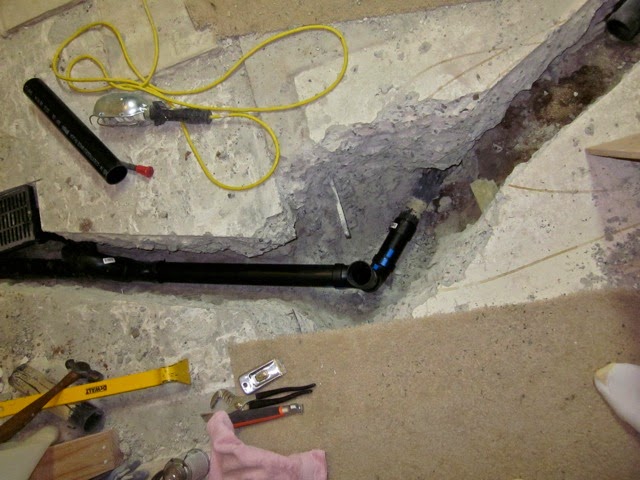 After that, it was the usual filling the hole with sand, some of the clay I took out, and a little of the concrete rubble.  This was done in layers, tamping the sand down and making sure the horizontal pipes had the proper slope, and the floor drains were fitted so they would be just slightly below the level of the finished floor.  Then it was time for concrete.  I ran out (typical) and had to buy another couple of bags to finish,  but it was finally done. 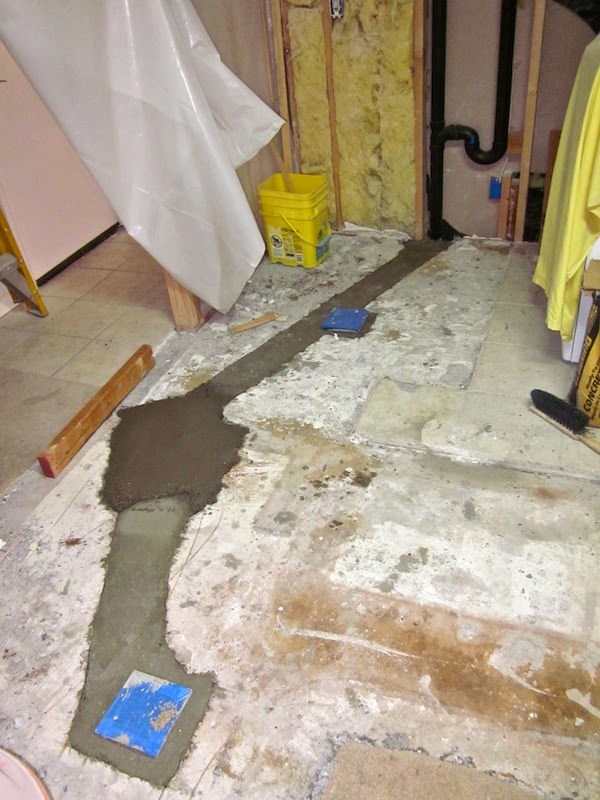 Well, not done done, of course.  Part of the floor still has old tile on it, and the underlying mortar.  And half of the floor (the original small garage-based laundry room) is about a half-inch lower than the house-based half, so that needs floor leveler.  And then tile.  And electrical, drywall, new ceiling, water supply lines, etc.  Sigh.
Posted by Chris Llana at 12:45 PM