The Washing Machine Makes a Move

When I began work on the new laundry room in earnest, tearing out the old copper water supply lines and digging up the old drain pipes (all in a wall being removed), the washing machine had to go.  Since I wanted very much to continue using it, it had to go someplace with a drain and with a hot and cold water supply.  I had just finished putting in the new drain pipes in what would be the new master bathroom, so that is where the washing machine would go—sitting in the middle of the shower.  I added about 30" of vertical 2" ABS pipe to the shower drain stub (no glue), and ran temporary hot and cold PEX supply lines to that location.  Then I built a dolly to wheel the washer in; it's been there since last August.  (I'll now be able to continue work on that bathroom.) 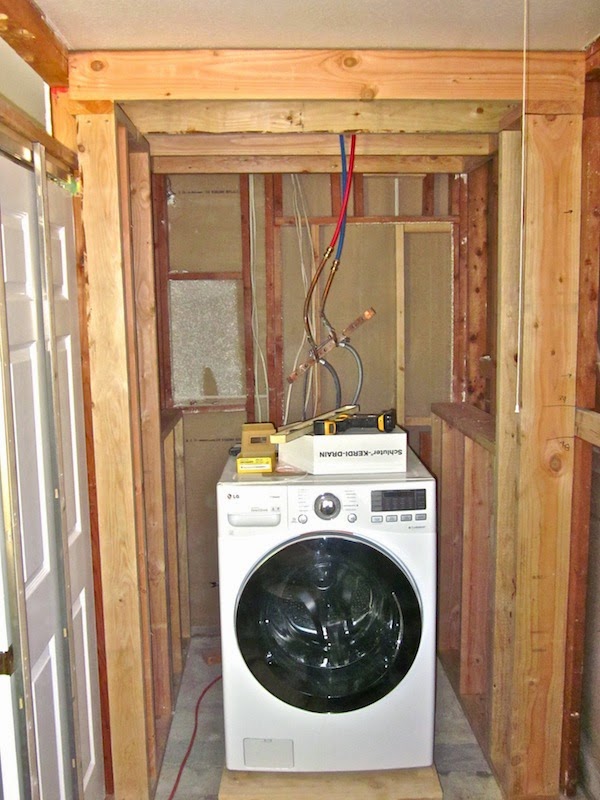 Here is another look at the new floor plan for the house.  I disconnected the washer and wheeled it out of the new master bathroom-to-be, down the hall, and into the new laundry.  That was the easy part. 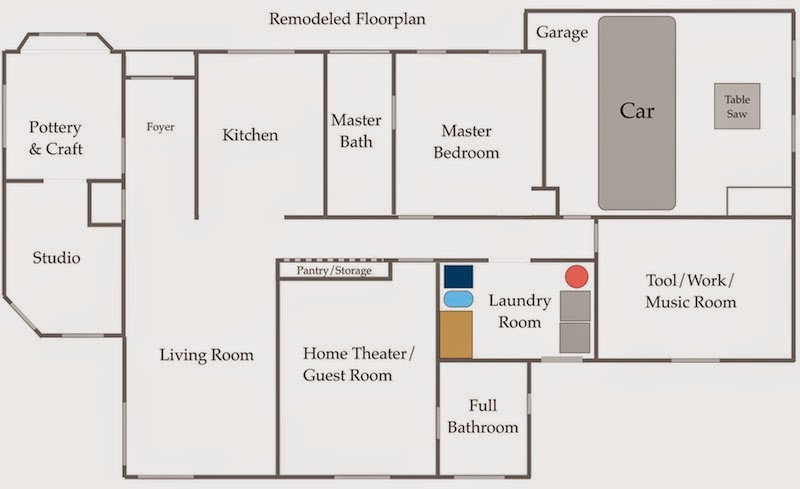 The raised platform makes the washer and dryer much easier to use, but getting them up there by myself was less than straightforward.  While the dryer was light enough to push up a makeshift ramp, the washer is much heavier.  I bought a couple of 8-foot 4"x4" posts and cut them into six 32" pieces, and added those to some other wood I had, with the idea of building a crib (not the baby kind) on top of the dolly to give the washer some altitude.  Then I lifted one side of the washer at a time, adding an inch-and-a-half each time, until the washer was even with the platform.  Then I inserted a piece of plywood and some cardboard, and carefully pulled and pushed until the washing machine was in place.  It took most of the morning. 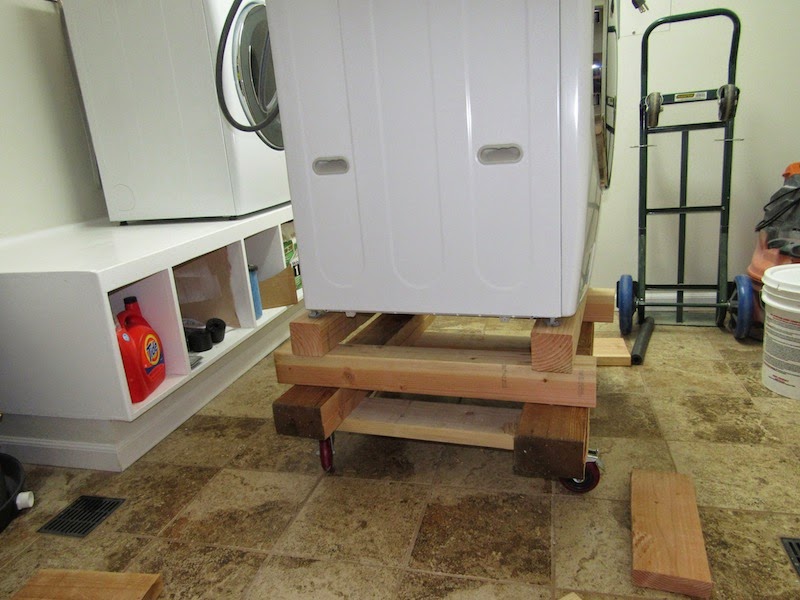 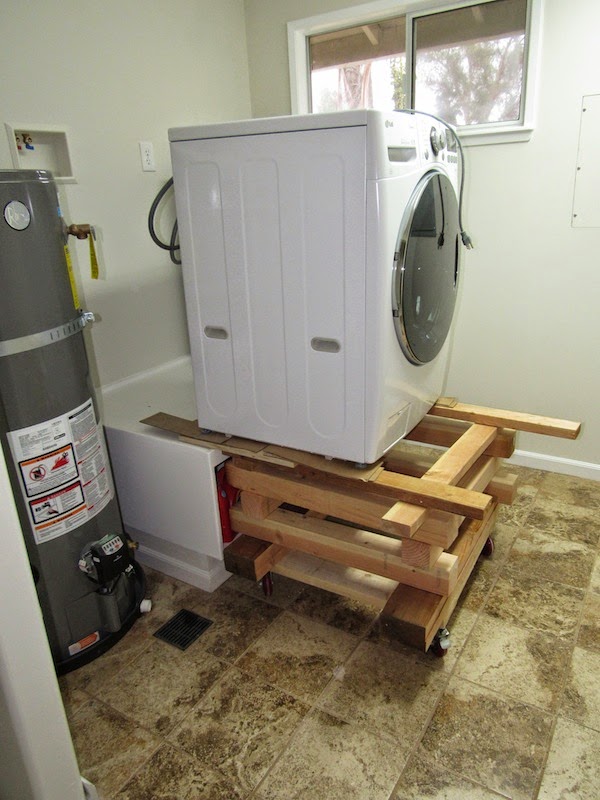 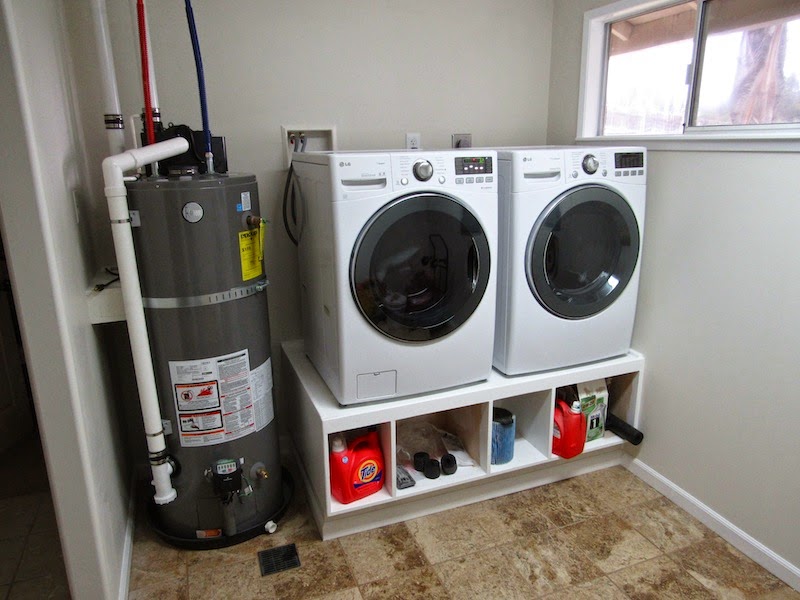 I plugged it in, hooked up the hot and cold water and the drain line.  Sha-zam!  Did a load of laundry.  Fantastic!  (Cheap thrills!  I've been waiting a year-and-a-half for this.  Just wait until I get the master bathroom finished—or the kitchen!)
Posted by Chris Llana at 4:17 PM